Sandra punishes her slave by trampling him

Sandra is a mistress who does not take shit from anyone. She likes her things done the way she wants and when anyone especially slaves do not follow her instructions, there is usually hell to pay. She likes to make guys do crazy things as their punishment. But for this slave, she trampled him and made him endure the pain that she was inflicting on him with her big boots. 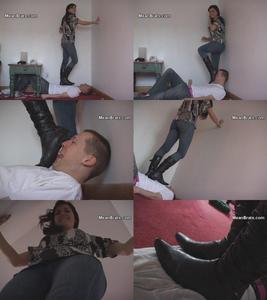 Mistress punishes guy for messing with her sister

This mistress does not like anyone messing with her younger sister. She is very protective of her and when anyone messes with her, she steps in and destroys them. She wanted to punish this guy who was cheating on her. She stepped on him and trampled him all over his body. By the time she was done with him, his body was covered in horse shit from her boots and he was in lots of pain.

This mistress is sexy. She is hot and flirty. She likes to use her flirtation prowess to make people do what she wants. That is why she is an expert at what she does. She likes to make guys think that they are going to have the best time of their lives with her and when she is through making them do what she wants, she leaves them high and dry. 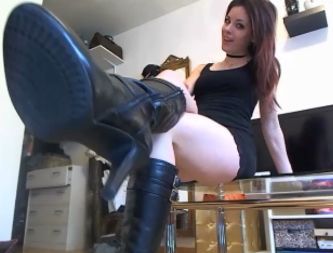 Mistress Melina likes her shoes. She actually loves them more than anything else she has. And when she noticed that her slave had not washed them as well as she likes them to be washed, she was not only furious, but she also made him lick the part which was not well cleaned. As added punishment, she also made the guy lick her dirty soles and swallow whatever he licked. 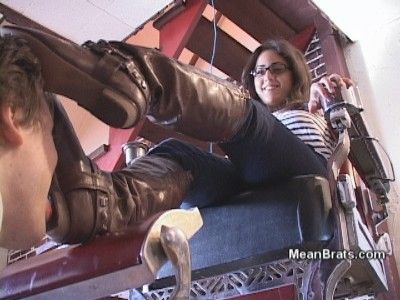 Madame Marissa knew that her slave was starting to become unruly and she had to do something about it. She called her friend and they took him to the woods. While there, they cut him down to size by making him lick the soles of their muddy shoes. They did not care that it was humiliating and unhealthy. He had himself to blame and that was a warning for him.

Mistress Maeva and her friends Mistress Lea, Mistress Kitty as well as mistress Lydie wanted to punish this guy for what he did to them. He had stolen money from their business and they could not let him get away with it. They made him pay for it. They took him to a secluded place and forced him to lick their muddy soles. They trampled him and made him return everything he stole.

Mistress Natasha tramples guy for messing with her

Mistress Natasha loves to trample. It is the one thing she does that makes her absolutely happy. She even bought boots for that specific purpose. She likes to get losers and slaves to humiliate but today she was humiliating a guy who messed with her. She trampled his chest and made him lick her soles. She even trampled his head and threatened to crush his balls if he did not lick the soles properly.

This mistress loves to humiliate her slave. She is a bully and loves doing it all the time. Sometimes she does not even wait for the slave to do anything wrong. As long as she feels like humiliating him, that is good enough. Other times she would look for a flimsy excuse to humiliate him. And she is never out of options on what to do. Today she used him as an ashtray and then made him lick the soles of her dirty boots.

Cruel Morgan is a sexy and sadistic brunette who thinks of any way she can to abuse a man and humiliate him. She makes this masked slave sit in a chair across from her with his legs spread. She has some sexy knee high boots with spiked high heels on and starts ballbusting. She completely crushes his nuts with her boots. He just sits there and takes it while she stomps.